Yet another friend of mine has hit the bandcamp scene. Gabe Wilkinson of Waterloo/Cedar Falls and his electronic/industrial-rock project Microwaved have made available an album called Desperation Upon the Wings of Angels. ’80s retrofuturist-dystopian vibes, harsh factory-like rhythms and dissonant effects make it a real treat. The download comes with bonus remixes and videos. Go check it out.

I could write about Askalndaganza, but I wasn’t there long. I wasn’t able to make it for the early-show portion, and then when I finally did get there was apparently the worst possible time. I arrived as Wolves In The Attic were striking their final chord. Minutes later it was 9:00, which at the Mews is normally the gap between the early all-ages show and the later 21+ show… last night they didn’t hustle the crowd out the door, but they did inexplicably retain the practice of the bar not serving from 9:00 to 9:30, despite the sizable crowd still in the place. So basically as soon as I got in the place, I had to stand around and wait before I could get a beer. Dan had left about that time to get Jasper and some of The Seed Of Something’s gear home and didn’t make it back for an hour or so, and Derek Lambert & The Prairie Fires didn’t get started until about 10:20. So all in all I pretty much stood around for an hour and a half with no one to talk to and nothing to do while Bob Nastanovich played records. There were acquaintances about, but I find conversation awkward at best with the vast majority of people, even ones I like. Bob played some good records of course. Whenever he does one of these DJ things there are certain songs he seems to strongly favor that happen to be some of my personal favorites, such as “Our Swimmer,” one of my favorite Wire songs, and a lot of stuff from New Order’s Power, Corruption, and Lies. All the same, I was bored out of my skull and the place kept getting more crowded and the crowd more annoying.

Derek Lambert & The Prairie Fires were great, though. This was their debut gig, but I recognized some songs from Derek’s recent acoustic lo-fi cassette/download album The Forest Floor. I like those songs, and the revved-up cowpunk arrangements the band gives them worked really well. Derek and the other guitar player even did a sweet harmonized lead or two. The drummer is Chris “Conquered” Ford, of whom the only complaint could be that his fills tend to rush a bit, and the bass player is that guy from the Atudes, who I know to be a genuinely good guy, pleasantly gregarious even, and really knows his way around a bass guitar, but is also the irritatingly overexuberant guy at a party who has to yell “WHOOOOO” every couple minutes, and that one guy in a band who mugs it up way too hard. But still, they rocked and I want to see them again. I finally found Dan after their set, we hung out and talked for a while, but the crowd was so wall-to-wall packed that I couldn’t stand being there and we both ended up going home. Apparently I’m getting old, or maybe it’s that I’ve always been a little less than easily sociable. So if you want an account from someone less jaded, socially awkward, or old and grumpy, you should head on over to Des Noise. It was a pretty sweet party, if you like that kind of thing.

Fortnight are probably the first band to quote the Centipede Farm in their official press bio. I know this because it was included in the package when they sent me their new CD, officially released just today.

Fortnight don’t care to be obtuse or glamorous. They don’t mean to dazzle you, and they don’t claim to be wizards or madmen. Fortnight aren’t here to sell fantasy. Fortnight are not the kind of band that transports your out of yourself; rather, they’re the kind of band that grounds you to that self, reminding you who and what you are. They’re one of those bands you relate to. They seem to operate from the school of thought that a few well-chosen open guitar chords, a simple keyboard line, and a few lyrics written from the heart can say everything that needs saying. They hail from the Music City of the Midwest, Omaha, Nebraska, and from the nearer side of the Missouri in Council Bluffs, Iowa — cities which, along with Lincoln, Nebraska, form a region that specializes in that kind of thing — the kind everyman stuff that people like about alt-country bands, but minus any shitkicker pretense. Fortnight’s music genuinely sounds like the result of a team effort; no member of the six-piece hogs the spotlight at any given moment. The songs make excellent use of the band’s dual vocalists, male and female, occasionally for harmonies but more often for change of characters to give the songs extra story line.

All this was already apparent enough from their demo and a not-recent-enough Des Moines live appearance. The promise of that demo is delivered on in their proper recorded debut, the Botany Camp EP, which presents six upbeat indie-pop songs populated with downbeat characters and situations. The CD sounds very professional from a production standpoint, even though the band did the tracking themselves in a machine shed and a spare bedroom before taking the tracks into a studio; also, a mastering job by Doug Van Sloun definitely never hurt a record. But given the fine recording and noticeably more detail in the musical arrangements, the CD yet retains a lo-fi spirit in many respects, most prominently in Jenn Bernard’s keyboards, but also in that Fortnight have built their skills while retaining the innocence around the edges that so caught my attention early on. The only song reprised from the demo is “Recycled Lions,” and while oftentimes a band’s earliest songs can lose some charm when they finally get them on a studio record, this version is every bit as winsome right down to its sing-along breakdown.

Fortnight elegantly balance on a line between youthfulness and maturity on Botany Camp. If “Making Asses Of Ourselves” was the mission-statement song of the demo, Botany Camp closes with its own, which though titled “Younger For Longer,” declares jubilantly in its chorus, “we’re all grown up.”

Botany Camp can be found on iTunes, CDBaby, bandcamp, and digistation.com. I didn’t manage to track down links, but Fortnight’s web site couldn’t be a bad place to start. 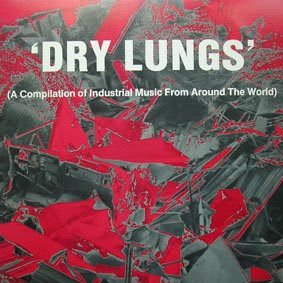 Compilation that came out in ’85. Controlled Bleeding, Merzbow, Jarboe, that kind of “industrial.” found at No Longer Forgotten Music. [download] 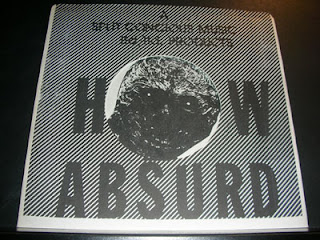 In the Centipede Farm’s newest edition of “weird shit that’s inexplicably in my music collection” (a.k.a. “The Centipede Tapes”) we have this 8″ flexi disc by somebody who called themselves Temporal Pain. I know absolutely nothing about this band or recording other than what can be gleaned from the disc itself, which would be the song listing and the fact that it came out in 1982. Frankly, I was surprised to find such a [nice](http://092.me)-sounding download of it available online, having been posted back in August ’07 at some blog called Mutant Sounds, where they say of it:

if your vision of acid music is early Chrome and you can imagine taking the most alienating moments contained therein and sucking those bits through a hectic forcefield that causes the music to shimmer and melt like a heat mirage, you’re halfway there.

The 6 tracks of the EP total a bit shy of 8 minutes, and it’s 8 of the more fucked-up minutes you’ll hear anywhere. The closest thing to a coherent song is “Baptist Girls” and even that barely manages to hold together a rhythm. Download it here.

And the latest awesome DIY musician to jump on the bandcamp bandwagon? Why it’s Austin-via-Iowa-City singer-songwriter-rapper-improviser-keyboardist-presidential-candidate The BassTurd From Las Vegas, Nevada! This is awesome news. So far he has up the first 3 in his 2005-2008 series of 20 EPs, but I’m sure we can expect a lot of rare gems to surface if he manages to stick with what is surely an epic project of uploading his notoriously voluminous discography. Maybe, if we’re super lucky, he’ll digitize some of his old cassette releases, or maybe we’ll finally be able to download Live From Your Mom’s Bedroom.

In Iowa City’s news and culture monthly Little Village, quoth Kent Williams on the subject of Congratulations On Your Suicide, “The songs owe a debt to sludge-rockers like Soundgarden and The Melvins, but Hoffman is more of a surrealist.” He says a few other quite [nice](http://092.me) things too.

I knew I wouldn’t finish writing about albums from 2010 before 2010 was over. A little over a year ago as 2009 was drawing to a close Dan thought it would be a fun band project for each member of Why Make Clocks to make their top-10 albums list for the year. Will completely ignored the call, but I posted mine and Dan’s to the Why Make Clocks web site. I’m not going to bother linking to it.

As for me, I haven’t been able to keep it narrowed down to 10. It was a really intense year for music. I think there was for more and better music released in 2010 than usual. It’s as if everyone finally realized that all bets are off — nobody was going to be making big money in music anyway, so all bets were off and you might as well make the album you really want to rather than the album you think people will buy, and result, as music nerds have been saying for years, was that even as big-business/mass-media music was worse than ever this year, a ton of really amazing music also got made. But I’m just speculating.

So I’m not even going to try to limit it to a number, I’m just going to go nuts. Here’s my over-long top list, in no particular order:

And here’s a second list of albums that either : (a) I liked a lot, but not quite as much as the above list, or (b) I only heard a time or two, but if I’d given them more attention, might have deserved a spot therein. It’s noticeably metal-heavy, too, but not for any particular reason: